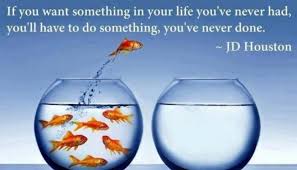 When I was eighteen, a boy said something to me that stopped time.

He shouldn’t have been talking. We were in a Maths class. The teacher’s voice, rendered unintelligible by the subject matter, the heat, and the swoosh of the ceiling fans, was no match for the boy’s words:

‘A ship is safe in harbour, but it wasn’t designed to stay there.’

A bubble formed around us. An understanding bloomed…until the teacher’s reprimand broke the moment. But he had articulated who I wanted to be. Someone who leaves the harbour of their life. Someone who wouldn’t get stuck in their comfort zone.

Over the last couple of weeks, I’ve attempted to define ‘comfort zone’ and I have struggled to the point of almost giving up on this post. It’s a slippery beast. One person’s comfort zone is another person’s ultimate fulfilment. Someone’s comfort zone can shape shift with time. An eighteen-year old’s can look very different to a forty-five year old’s

In the end, this is how I’ve chosen to define it:

The comfort zone is being trapped between the fear of the unknown and the knowledge that entering that unknown could provide the missing pieces of you. It is settling for a life less than you’d hoped for. Leaving the zone won’t necessarily get you what you want, but you won’t die wondering what might have happened if you’d tried.

When I was eighteen, I knew what I wanted my life to look like. I was ravenous for my independence. I wanted a veterinary career. I was going to travel. I was never going to get married or have children. For me, at that age marriage and motherhood represented the ultimate in settling.

So, I studied, worked, travelled. I ticked my boxes.

I was defined by my career. and believed that the nature of that career meant I was immune to sliding into the comfort zone because it was interesting, hard-worked for, coveted. I didn’t realise that the comfort zone is not always comfortable.

After a few years my precious career landed me with burn out. I was devastated. My life’s goal, not all it was cracked up to be. Spiky questions popped their heads into my night time hours. Had I chosen this career because of its comfortable respectability rather than passion?

My ego did not appreciate this line of questioning. So, I did what many of us do when our comfort zone is challenged, I ignored it. I became more selective about the jobs I took. I reduced my hours. I rediscovered my liking for the work, and I breathed a huge sigh of relief, because my life still looked the way I wanted it to look.

I let it lie. I disrupted my comfort zone in other ways. I stretched myself by doing things I could never have imagined at eighteen. I married. I had two children.  I went back to University part-time to get my Master of Arts in Writing Editing and Publishing. My interest in exploring this other side of me outweighed the discomfort of being asked endlessly the question I didn’t have an answer to:

‘But what are you going to do with that degree?’

But I did. My comfort zone had become my now twenty-year-old veterinary career. I have returned to the familiar nest of this work after every episode of illness, and after the birth of each child…to prove both to myself and the world that I could. And it has taken ten years after finishing my Master of Arts to acknowledge that the answer to:

‘But what are you going to do with that degree?’

‘I still don’t know. But I do know I will never fully explore what I can do with it while I still have one toe in my veterinary career.’

So, I’ve flown the nest. The profound discomfort of acting on this decision lessens with each day. Whether I’ll return to it remains to be seen. But if I do, it will be knowing I tested my wings.

Oh, and the boy who stopped time for me?

I (eventually) married him. And so far, we’ve managed to steer our marriage clear of the comfort zone.

I believe the original quote is:

Making Sense Of It

Are You ‘Shoulding’ All Over Your Life?

16 thoughts on “Where’s Your Comfort Zone?”

I'm generally not a huge fan of dressing animals up. These first two pics were taken after being persuaded to buy Chrisas pyjamas for Nina and Alfie. We didn't keep them in them for long, but long enough to capture how different these half siblings are.
Ocean effects...
A new Thought Food Post has dropped. It deals with how I feel about humour surrounding mental illness. This image and experience is one of many I missed in 2015, courtesy of some hospitalisations that went for months...and in combination with reading the post may go some way towards explaining my stance on humour in this space.
Introducing our new babies, Nina and Alfie. Velvet soft with needle sharp claws, producers of purrs and poo. It is impossible to be in the same room with these two and not be flooded with joy.
My library author talks at West End and Fairfield libraries originally booked in July have been rescheduled and are happening soon. Check website in image for details.
Mid last week Mamamia contacted me for a comment on whether I thought Kanye West's recently Anti-semitic misogynistic behaviour was due to his mental illness or not.
Loading Comments...
%d bloggers like this: