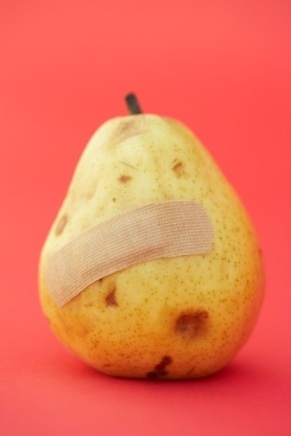 In the beginning I struggled to accurately identify the source of my discomfort. First, I felt cranky. Then defensive. Sentences coiled through my head, arguing my case to non-existent judges.

And then the fantasy started:

The sanctity of an operating theatre. Me doing surgery. A space where competence is nonnegotiable and where logic rules supreme. A space where superfluous emotion is rinsed off in the scrub sink. The flat mineral smell of iodine, hands held up, so drips go down. The linearity of actions. Being handed packets – the hand towel, the gown and gloves, instruments. All sterile. A clean slate for this one patient, this one surgery. The fantasy is not about wanting to re-enter veterinary practice. It is about control. The thought of having that degree of control over a situation makes me shiver with longing right now.

My self-esteem is usually pretty solid. But in the last few weeks it’s felt as though it has been dumped by a churning wave, and now it’s washed up, grazes full of grit, sporting a rainbow of bruises. And that is what’s making me uncomfortable, cranky, defensive, and crave control.

It started with yet another manuscript rejection. Writing, publishing, dealing with an agent, a publisher are slow, inefficient processes. Sometimes you wait six months to be rejected. And you know it is part of this business. You know you are fortunate to hear back at all, fortunate to get positive feedback even if they don’t pick it up. Some rejections barely sting. You move on. This one broke my surface, made me question myself.

Then one of my posts published as an opinion piece on another site attracted a wave of negative comments. Your Mental Load = Your Responsibility I was too raw from the recent manuscript rejection to feel the balm of the positive feedback. Instead the comments labelling me as arrogant, entitled, smug, humble bragging, and so much more were vinegar on my broken skin.

This coincided with a kick to my parenting self-esteem. One of my children reacted to their feelings in a big, uncomfortable, and inconvenient way for everyone around them at the time. And instead of acknowledging their hurt properly and truly supporting them, I smoothed things over without resolving anything. I apologised for them instead of advocating for them.

I don’t often beat myself up over my parenting, but (again) I was too vulnerable and grazed, to view this failure in the context of years of fairly successful parenting.

So, now I am picking the grit from the grazes by:

Identifying this as a self-esteem injury.

Giving the pain some space.

Doing the work to move on from blaming myself and others for my own big, uncomfortable, inconvenient feelings.

And remembering that my bruises often teach me the most.

Returning to another operating theatre analogy and a surgery I did about five years out of Uni:

A Jack Russell Terrier admitted by one of the other vets after it had been attacked by a larger dog. Puncture wounds over its abdomen and chest. The abdominal punctures were full thickness with damage to the intestines. Two hours in I’d resected all of the damaged sections. A colleague who was specialising in surgery scrubbed in. The punctures over the chest also penetrated full thickness. We continued to methodically explore and repair. Three and a half hours in my patient died.

When I phoned the owner, it became clear that the admitting vet had not adequately outlined the risky nature of the surgery given this dog’s injuries. The owner was understandably horrified and more shocked than they needed to be. Overblown anger at the admitting vet for their lack of communications skills threatened my professionalism, even though I knew nothing would have saved these owners the grief of losing their dog.

I’ve always loved a blunt insight at a difficult time. And as I walked back into theatre after that awful phone call, feeling as though my self-esteem had gone through a meat grinder, my colleague said this to me:

‘If you don’t ever want your patients to die, don’t do surgery, especially not difficult surgery.’

This advice is helping to heal my current hurts.

If you don’t ever want your work rejected, don’t submit it for anything.

If you don’t ever want negative feedback on your opinions, don’t put them out there.

If you don’t ever want to feel like you dropped a parenting ball, don’t have children.

But I know myself well enough to know that if I’d never done the surgery, had the children, submitted my writing, or voiced my opinions I’d feel worse about myself than I do about these fading bruises.

Our Vets Are Dying For Your Pets

As Mothers Of Sons

As Mothers Of Daughters