I am a veterinarian.

I developed postnatal psychosis after the birth of that baby.

I had no history of mental illness before that.

I have a perfectionist personality.

But given this information, you could mistake me for Melissa Arbuckle.

If you’ve read even just the headlines this week, you will know Melissa’s baby Lily died in horrific circumstances, as a direct result of Melissa’s undiagnosed postnatal psychosis and depression.

Melissa’s story is an important one. But I have yet to read a story by a journalist who gets the narrative of postnatal psychosis (or any form of psychosis) right. Journalism around psychosis, even decent journalism, focusses on the sensational.

But despite the inevitable sensationalism, in this case the journalists got one thing right. They investigated the lead up to this horror story. And that shows us the number of times this horrific outcome could have been prevented.

The Age reports ‘Maternal health notes showed that as early as May 19 the new mother revealed she was having difficulty coping and became teary, later telling a lactation consultant she felt ‘out of control’.

According to News.com ‘Victoria’s Supreme Court heard that in the weeks leading up to Lily’s death, Ms Arbuckle had been ‘really down’ and she believed she injured her baby after rocking her bassinet too vigorously.’

The Age also reports ‘The night before the incident, Arbuckle told her husband she was having suicidal thoughts, but assured him she could never go through with it.’

Lily died and Melissa nearly died after being struck by a train on the following day, July 11 2021.

Melissa was diagnosed with postpartum depression and psychosis the day after her daughter died.

When I think of all the points on this timeline that Melissa’s and Lily’s odds could have been dramatically improved, anger steals my breath.

Regarding the Maternal health notes made in May 2021:

‘Maternal health notes’ imply a nurse or midwife assessed Melissa at some point and, aside from making some notes about her difficulty coping and being teary, did nothing.

Midwives and nurses need to be taught: The baby blues and mild anxiety are not always the cause of a teary mother who is having difficulty coping. They need to know when and how to refer a new mother for assessment with a psychologist, psychiatrist, a mother baby unit, or at least a GP. And they need to err on the side of caution!

I am not surprised a lactation consultant didn’t know what to do with a mother feeling out of control. Lactation consultants tend to be laser focussed on getting breast milk into babies at all costs. But again – educating lactation consultants to look far enough beyond ‘latching issues’ and ‘milk supply’ to consider referral to qualified mental health care professionals when red flags are raised, would be a good idea.

The night when Melissa told her husband she was having suicidal thoughts.

From my standpoint and lived experience, I struggle to give Melissa’s husband much benefit of the doubt here. I understand (based on the article in The Age) that her husband lost his own father to suicide as a teenager. So, there is possibly a barrier of unresolved grief and trauma that prevented him from reacting appropriately to his wife’s symptoms.

But presumably he noticed Melissa being ‘really down’ for those weeks. Did he attempt to get help for her? And if not then, what was stopping him when she expressed suicidal thoughts to him on that night? The fact that she claimed she wouldn’t act on those thoughts? Did he not consider the amount of mental pain one needs to be in just to have suicidal thoughts?

For everyone reading this: If anyone ever expresses suicidal thoughts to you, PLEASE ACT! Even if there is no option but an ambulance to the nearest hospital. And if the person experiencing suicidal thoughts tells you they won’t act on them, not only are they too unwell to make that assessment, they are also suffering intensely and need help!

Yes, our public mental health system needs a lot of improvement, and there are nowhere near enough public mother baby units available. But even if the ideal of a private psychiatric hospital with a mother baby unit, was not available or an option for Melissa and Lily, a public hospital might have given them a fighting chance.

Back for a moment to the journalists reporting on psychosis. They tend to give all the characters surrounding the person living the horror of psychosis a voice, even if some of those voices are irrelevant and add to the stigma psychosis is already steeped in.

In Melissa’s case that person is her baby’s great aunt. In The Age article, this great aunt doesn’t want to be named, but she does suck up more than her share of oxygen. She has publicly expressed that she thinks Melissa’s actions were ‘catastrophic’ and ‘cruel’.  Catastrophic – absolutely. But ‘cruel’ implies the malicious intent of someone whose mental health is totally uncompromised. She used the words ‘Melissa’s actions’ but what she communicates is ‘Melissa is a cruel woman, and that is why she killed her baby.’

To that great aunt, I would say this:

If people like you didn’t perpetuate the stigma surrounding illnesses which feature psychosis by giving uninformed stigmatising quotes to journalists, then Lily’s father may have had some clue about what to do when presented with the symptoms of severe mental illness that were obvious in his poor wife for months before they led to such unbearable pain for everyone. If you want to blame something, blame this horrible illness, in the same way you might blame cancer for taking loved ones too soon.

News.com reports ‘The case has revealed just how quickly the 32-year-old’s life spiralled out of control after she developed severe major post-partum depression and psychosis following the birth of her daughter in April 2021.’

Melissa’s life didn’t spiral out of control quickly. She developed a life-threatening illness, the symptoms of which were either ignored or not acted on for months, until it was too late. Reporting it was quick, implies it was too quick to do anything about.

My postnatal psychosis set in by day 6 of first-time motherhood. By days 7 and 8 I was completely detached from reality, denying knowledge of my baby and my husband.

And when I was accurately diagnosed with postnatal psychosis in the safety of a mother baby unit in a private psychiatric hospital, my husband asked what he should have done if this had happened at home. This is what he was told:

‘Call an ambulance. Postnatal psychosis is a psychiatric emergency, but it is treatable.’

My greatest sympathy and compassion go out to Melissa. She was failed at so many points.

My memoir Abductions From My Beautiful Life was published last year and (among many other events) includes details of my experiences with Postnatal Psychosis. You can find an excerpt here: Book and it is available to buy online, including at Booktopia, Fishpond, and Amazon. If you are Brisbane based, you can also buy it at Avid Reader and Riverbend bookshops and Ruby Red Jewellery at 107 Romea St. The Gap.

If buying a new book is not in your budget, Abductions is also available to borrow from the Brisbane City Council Library Catalogue.

Other Thought Food posts that may interest you are:

My Sliding Doors Encounter With Our Public Mental Health System

The place from where my words usually come is wrapped in wet cotton wool. I am in hospital.

For years now my prodromal signs of loss of concentration and short term memory – which can be precursors to either a manic/psychotic episode or a depressive episode – have always landed on the manic/psychotic side.

This time the signs were the same. My psychiatrist and I gambled, counted on the past history of manic psychotic, adjusted medication accordingly.

Only it went the other way. I flattened, unhelpful phrases trudged like a battalion of soldiers through my soggy brain: …better off without you…. Everyone.

There is no need for alarmed raising of eyebrows. This is not my first go on this merry-go-round.

Those derogatory words and phrases are completely alien to me. I can see them for what they are. Just a clinical sign. Nothing more, nothing less. They don’t prompt me to hatch self destructive plans. They prompt me towards my psychiatrist, and towards hospital, because the world feels like sandpaper on my soft brain. The hospital won’t fix it quick, but it will bandage the raw areas while they heal.

At this level I find depressive symptoms are easier to manage, easier to live with than manic symptoms…unless of course I plummet to the complete paralysis of catatonic depression…and then it’s just as horrid, possibly worse.

I may expand on this comparison of symptoms  in the future. For now there is no concentration, and motivation feels like riding a slug to catch up with a leopard made of quicksilver. There is literally no point.

I do own a new hospital mug. The design is fresh, green, paisley, floral… It is sprightly. It’s the  small things that make it less bad.

Visiting Someone In A Psychiatric Hospital?

Covid Lockdown In A Psychiatric Hospital

I recently removed the key to the dangerous drugs safe in the veterinary practice I’ve just resigned from, from my key ring to return it. And as I did so, I thought:

‘I wonder if my suicidal ideations will change now?’

I’ll come back to that.

I also recalled how often I’d heard the following over the last twenty years in practice:

‘My son/daughter/nephew wants to be a vet when they grow up.’

Always uttered under the impression that veterinary work is a dream job. But the dream can morph into a nightmare. There is currently a shortage of vets (in part) because our burn out and suicide rates are sky-high.

So why, after dedicating years to entering this prized profession, do many vets want out?

END_OF_DOCUMENT_TOKEN_TO_BE_REPLACED 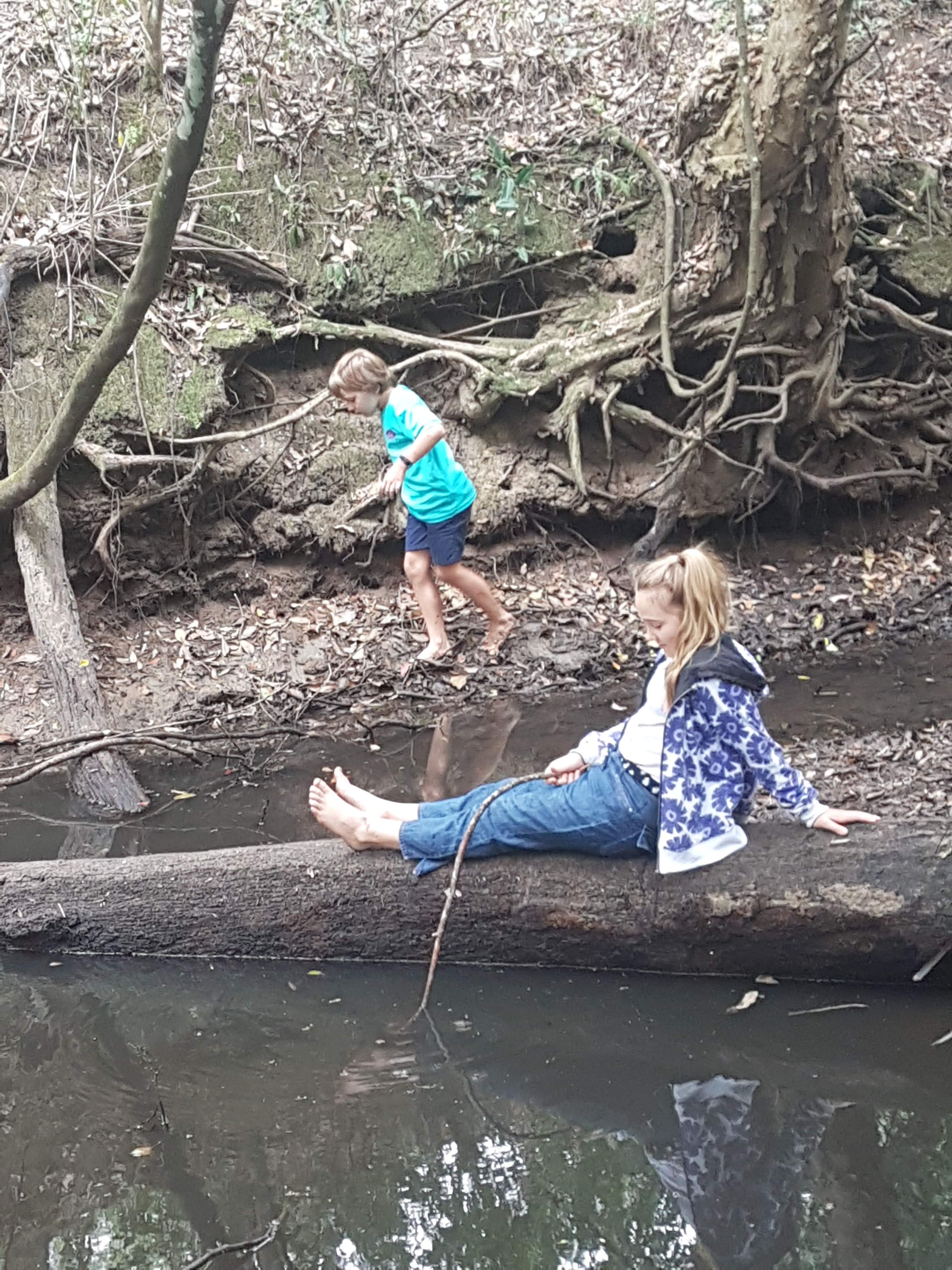 The amnesia of good mental health is powerful. When I’m well I struggle to conjure up what a depressive episode feels like. I can’t remember not being able to think my way out of it. I can even understand how easy it could be (without the experience of this insidious symptom) to dismiss those who suffer it as weak or lazy. This inaccurate, hurtful labeling occurs when people fail to understand the fundamental differences between a psychological challenge and a psychiatric symptom.

END_OF_DOCUMENT_TOKEN_TO_BE_REPLACED

This first snap is of my favourite part of presenting/speaking. The questions afterwards.
Exciting news. I am giving some free author talks at the above Brisbane City Council libraries over the next month or so.
A new Thought Food post has finally dropped. It's about control, unclenching from it, a challenging six weeks, and help from a surprising corner...
Recovery. From an anaesthetic and surgery to remove a misbehaving appendix. Recovery from the 2 days of abdominal pain that preceded the treatment.
A new Thought Food post has dropped. It is about parent teacher interviews, misbehaving parents, my experiences of parent teacher interviews and the gift I was able to give a teacher recently during one such interview.
An Easter Sunday evening walk inspired this impromptu Thought Food post about beliefs, rituals, and the forces that shape us and our children's belief systems. Happy Easter, however and if you celebrate it. 🌷 click Link in bio to read post.
Loading Comments...
%d bloggers like this: